The Larks booked their place in the third round qualifying of the FA Trophy for the first time with a hardworking win against fellow Southern League Slimbridge.

The scoreline belied the balance of play in the first half and as has happened a number of times this season it was the visitors who struck first. 12 minutes in, winger Marley Thomas laid on a good ball into the home box and centre half Nathan Dennis headed home. Larks captain Mike Baker very nearly levelled the scores with a superb direct free kick that went through the defensive wall only to cannon off the crossbar of Lewis Adams’ goal.

After this near miss the Larks improved, and only moments later man of the match Lewis Powell equalised with a header off the far post. Sensing the momentum, the Larks increased their lead thanks to Sam Crumb five minutes before the break. 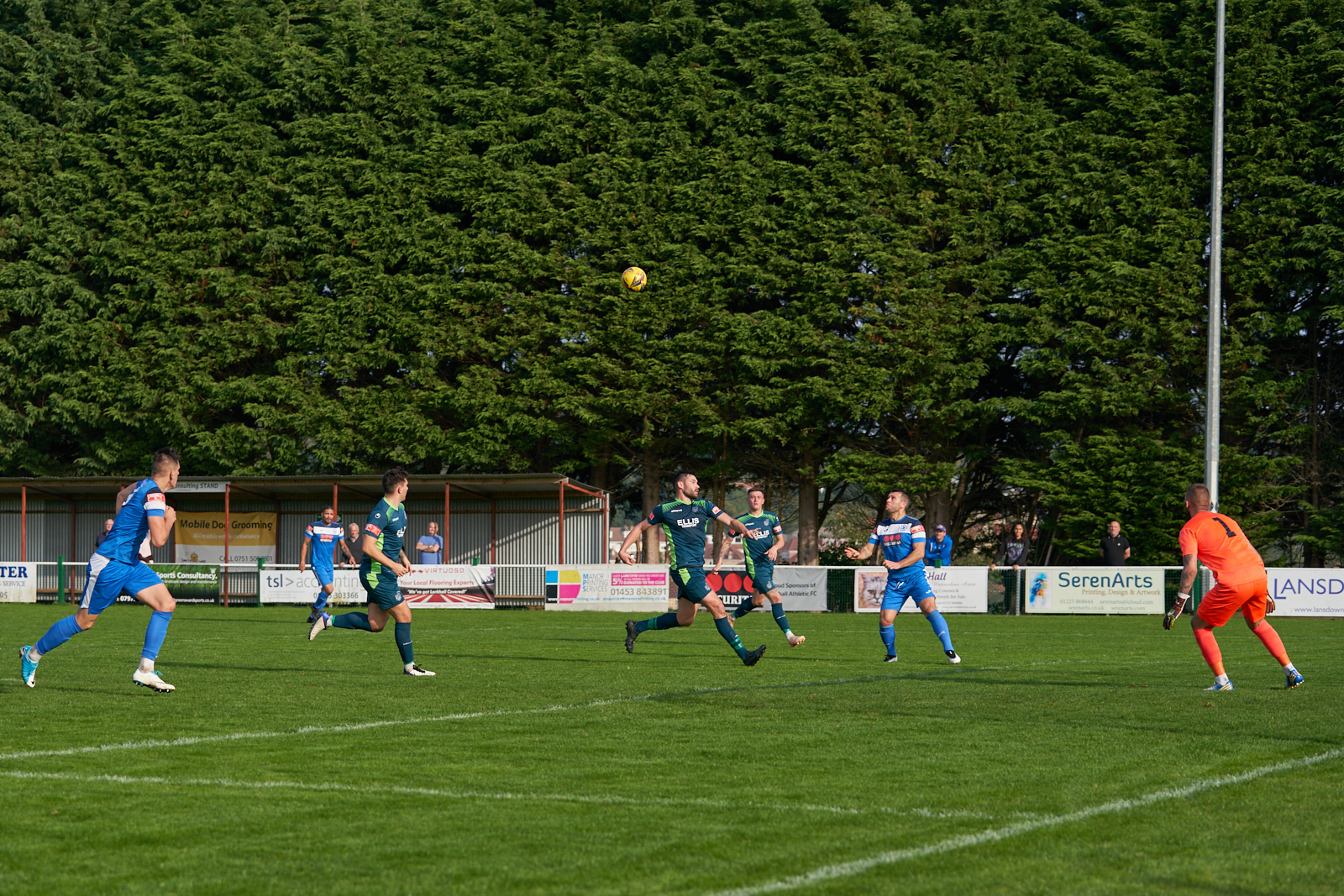 As the second period got underway Sam thrilled the crowd with an audacious 40-yard drive that hit the bar and Lewis too spurned an excellent chance from the edge of the box. The Swans’ young squad were visibly tiring and with the Larks dominating the final stages of the game it was only a matter of time before Lewis struck again. Showing great skill and resolve, he held the ball under pressure and sent at least two Slimbridge defenders the wrong way to slot home from close range.