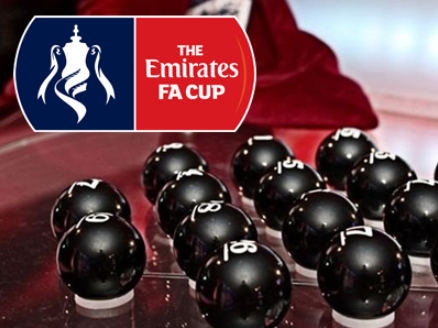 The Larks made club history at Frome Town by booking a place in the Third Round Qualifying of the FA Cup for the first ever time. This puts us only two rounds away from the First Round Proper!

This was a close-run tie which went right to the wire with a penalty shoot out. The first half was goalless but not devoid of action, with Alex Lambert and new signing Jake Thompson getting close to scoring. For their part, Frome battled back into the game in the first period and nearly exploited a defensive error to take the lead.

Buoyed up by their performance in the first half, the Larks were solid in defence in the second and created some fine chances. On around the hour mark we got our breakthrough when Golden Boot winner Lewis Powell steered the ball home under pressure from the Frome defence. It took until the last minute of a closely contested game for the Robins to gain parity thanks to Jon Davies.

Penalty shootouts are never fun to watch but the Larks took theirs with considerable skill, Dan Demkiv, Brad Norris, Dale Evans and man of the match Joe Hillard defeating ex-Lark Kyle Phillips in the Frome goal. The real hero of the denouement of the game was our keeper Shaun Semmens, who managed to save not one but two penalty strikes to give us an historic win. (Video of the penalties here.)

The draw for the next round is tomorrow and will of course be posted here!

A gallery of photos of the game by Steve McCarthy can be found here.