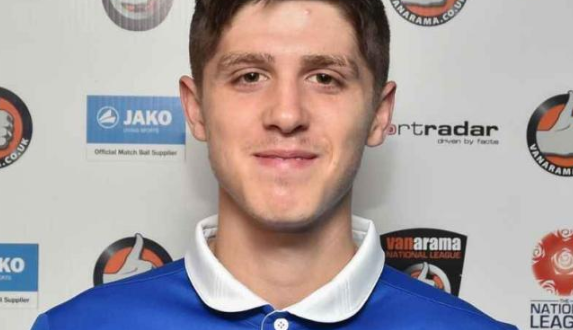 Larkhall Athletic are pleased to announce the arrival of Dan Demkiv to the hallowed turf of Plain Ham.

Demkiv was part of the Southampton Academy from the age of 7 until 18 when he was released and joined Salisbury. Since then he has had spells at several clubs including Cirencester Town, Melksham Town, Frome Town, Mangotsfield (Winner of the Young Player of the Year award, scoring 13 goals last season) and signing for Taunton Town before signing for Larkhall Athletic.

Phil Bater, the manager of Larkhall Athletic FC, said: “I’m delighted he’s decided to join us, I’ve looked at him a couple of times so third time lucky! He’s a natural goal scorer, quick and intelligent, he offers us a few more options up front. He’s played at a decent level, so we won’t have to worry about him fitting in. I’d like to thank an old friend Rob Dray, manager of Taunton Town, for allowing his release and although he is disappointed to lose Dan he wishes him all the best”.

From all the management and supporters, welcome to the Larkhall Athletic family.